The Passion Economy, Entrepreneurship, and Innovation

Over the past decade, traditional workplaces and employees have been increasingly replaced by freelancers. Between 2019 and 2020 (and partially due to the pandemic), the workforce’s overall share of full-time freelancers increased from 28% to 36% (NPR). In addition, the increasing integration of internet technology and online platforms into our everyday lives has given rise to new working and freelance services. More and more people are now choosing to work independently of companies as freelancers, which allows them more freedom with when and how they work. Upwork, the freelance job platform, conducted a study in which 60% of post-COVID-19 freelancers stated that they would never return to a traditional job, no matter the salary. With automation and technological advancement making the conventional working environment more obsolete, the economy’s future may look a lot like one where individuals will capitalize on their creativity and skills rather than working a regular 9-5.

The first iteration of this new freelance economy has been dubbed the gig economy. In the gig economy, freelancers contract out their services to on-demand companies. These companies pay the freelancers for their services, and the freelancers get to work their own hours. In theory, the gig economy allows freelancers, also known as independent contractors, to “be their boss.” They can set their hours and work as much or as little as they want. But for many, the gig economy has not worked out as they hoped. More established corporations hold an immense amount of power over freelancers’ ability to get ahead in the gig economy. While freelancers “can” work ours that they want, they are often forced to work long hours to make up for pay discrepancies and a lack of benefits. For example, only 40% of gig workers have medical insurance, and 39% have no retirement savings (Statista). On-demand companies market their services for much cheaper than their traditional counterparts, and they can afford to do so by hiring independent contractors. In addition, independent contractors’ job security is not protected by these companies. Gig workers are often overworked and underpaid, which leads to gig workers battling for decreasing wages and even longer hours just to get by. 80% of gig employees for whom gig work is the primary source of income say that an unexpected expense of $1,000 would be difficult to pay (Edison Research). With larger companies in control of the market and in charge of setting service rates, there is little room for a freelancer to grow in the gig economy. The Passion Economy seeks to rearrange the power dynamics established by the gig economy, giving the power back to the people and allowing them to own and monetize their services.

Adam Davidson, the author of The Passion Economy, defines the passion economy as one that allows you to monetize your skills and work from anywhere. The passion economy seeks to get rid of the dynamic of trading time for money that often forces people to work jobs that exploit their labor when they have few other options. Automation will soon make low-skilled service jobs in many industries obsolete, but those who work those jobs will still need the means to support themselves. The passion economy seeks to be a reliable option for all kinds of workers, as its focus is on creating a career around one’s passion and skills. There is no need for traditional 9 to 5 jobs in the passion economy, as the economy’s focus is on supporting entrepreneurship and innovation by allowing people to monopolize their skills and monetize their passions. Those who advocate for the passion economy seek to create online platforms that support people by providing them with digital services that allow them to build up a sustainable customer base around what they love to do. They believe in helping people create a career out of their interests. With the passion economy, freelancers won’t have to seek out companies for work, but rather work comes to them as they build their career and a following around their interest.

The passion economy also seeks to create passive income for people, allowing them to monetize their services to enable them to set the hours and rates that they want by leveraging the power of digital services to their advantage. Modern technology has made it more possible than ever before to find and build an audience around niche interests. Before the internet and social media, people’s social circles and communities were limited to those who lived in their area. Social media has made it possible for us to connect to people living on entirely different continents, and language barriers and time zones have become a thing of the past. The passion economy believes in leveraging the power of modern technology to build careers around the things we love. Much like being used to create a community around a unique hobby or interest, social media can also make a customer base around a brand or interest. For example, twitch is a social media platform that specializes in video live streaming. In recent years, it had become a well-known platform for gamers to build a following around their interests. Twitch has allowed gaming to transform from just a hobby for some into a lucrative career for those who have managed to utilize the power of live streaming to build an audience around what they love to do. Twitch streamers are an example of an emerging trend on social media of people who use their online presence to build a following and make a career around their interests.

Social media influencers can leverage the power of their online platforms to market products and services. Because many social media influencers build organic followings, they can effectively reach different kinds of individuals in ways that traditional marketing approaches can’t.  Apps such as those developed by Passion.io can also be used to help people build an organic following around their passions by utilizing the power of SaaS (software as a service). Many of these app builders do not require any coding know-how to benefit from the service. Users can build an app around their brand and then monetize their service through subscription services and ad deals. Another SaaS allows users to create online courses, ebooks, webinars, and other forms of online content that potential customers can access and engage with. These technologies can be used to create both active and passive forms of income for those who use them.

Welcome To The Passion Economy

What Do Platforms Do? Understanding the Gig Economy

The Silicon Valley Economy Is Here. And It’s a Nightmare.

What’s The Passion Economy? Why Is It The Future Of Work?

Jobs In The Pandemic: More Are Freelance, And May Stay That Way Forever

The gig economy in the US 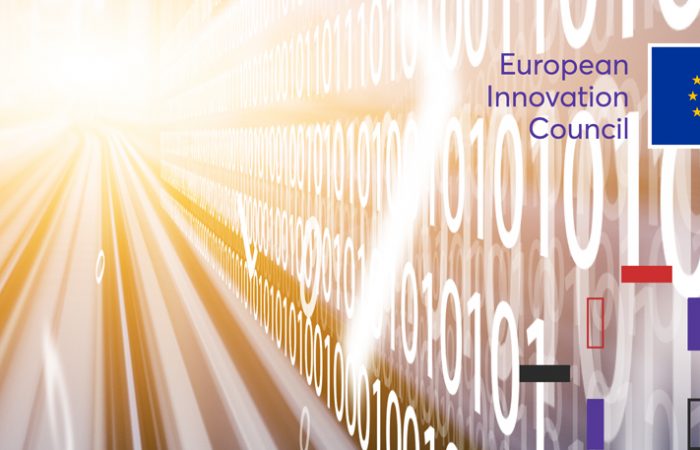 Posted by EA Editor - November 9, 2021
We use cookies to ensure that we give you the best experience on our website. If you continue to use this site, please press 'confirm' for use of cookies. Cookie SettingsAccept All
Manage consent

We use cookies to improve website functionality and performance of EA Consulting's website
Click "save and accept” to continue browsing the site with its full range of features enabled. Or, expand the section below to learn about the types of cookies we use and review your options.
Necessary Always Enabled
Necessary cookies are absolutely essential for the website to function properly. These cookies ensure basic functionalities and security features of the website, anonymously.
Functional
Functional cookies help to perform certain functionalities like sharing the content of the website on social media platforms, collect feedbacks, and other third-party features.
Performance
Performance cookies are used to understand and analyze the key performance indexes of the website which helps in delivering a better user experience for the visitors.
Analytics
Analytical cookies are used to understand how visitors interact with the website. These cookies help provide information on metrics the number of visitors, bounce rate, traffic source, etc.
Others
Other uncategorized cookies are those that are being analyzed and have not been classified into a category as yet.
SAVE & ACCEPT